Kalita Records are extremely proud to announce the first ever official reissue of Darryl Douglas’ 1981 gospel disco monster ‘Holding On’. 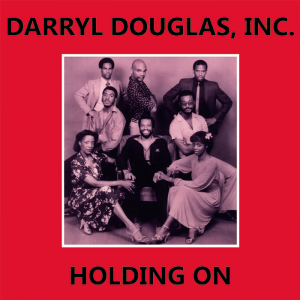 Born out of a tight-knit friendship group based in Queens, New York, the gospel collective Darryl Douglas Inc. existed for a brief period of just two years. Yet their single ‘Holding On’ is as contemporary-sounding today as it was when it was first released in 1981. Originally pressed in a quantity of just one thousand, original copies have long been sought-after by both DJs and collectors alike, acknowledged as one of the best dancefloor-focused gospel tracks to have ever been pressed to wax.

Here we offer the 12″ in its original form, accompanied by interview-based liner notes and a never-before-seen photo of the band, helping to tell the story and truly celebrate such a great track. We hope that you love the record as much as us!