View basket “Kallaloo – Star Child” has been added to your basket.

Originally released on Pittsburgh’s Jeree Records, Steel City Connection’s 1978 single ‘Dansation’/’Steel City Disco’ is one of the most sought-after disco records in existence, searched for by most yet the treasured possession of but only a few fortunate DJs and collectors. The product of an energetic student band formed out of the city’s educational system, the record is a prime example of the potential that existed in the DIY and underground dance scenes that thrived in cities across America at the time.

Steel City Connection were originally founded in 1975 by bassist Kevin Stewart and his twin brother Keith, however due to the multi-race make-up of the band, they were in fact called Spectrum for most of their time together. They changed their name to Steel City Connection in1978 just before they recorded at Jeree due to a name clash with another band. As Kevin recalls, the name ‘Steel City Connection’ was chosen because the Pittsburgh NFL, baseball and ice hockey teams had all won the world series that year, so the ‘Steelers’ were in vogue at the time. During the period that the band was active their line-up of student members altered considerably, with replacement vocalists, drummers and guitarists from local Pittsburgh schools all joining the group over time. However, by the time of recording the single they consisted of Rocco Abananti and Shaun Bell on trumpet, Drew Dauer on keyboards, Stacy Gray on guitar, James McCrorey on drums, Kevin Stewart on bass, and Kevin’s niece Michelle Stewart on lead vocals. The band would practice once or twice per week in Kevin and Keith’s parents’ basement as well as at Stacy’s house and Jim’s father’s factory, where they had set up a rehearsal space at the back, writing and performing songs that they had worked on over the previous weeks. They even had their own roadies, such as a local devotee by the name of Al Kinner, or ‘Nutsy’, who was in charge of lighting and other electrical duties. They were influenced by a wide range of contemporary musicians, but especially Earth, Wind & Fire, The Emotions and the fusion band Return to Forever. As Stacy notes, “our musicians were versed in jazz-rock and our vocals were soulful. Michelle started singing in her church like Aretha Franklin who was one of her favourites”.

Not long after, they began to secure gigs at local venues; as Stacy recalls, “we initially performed at school functions and anywhere else we could”. These included various events in suburban Pittsburgh, such as at Ardmore Roller Rink in Forest Hills, a borough to the east of the city, for a charity all-night skate-a-thon, and at Swissvale High School in the west. Kevin also recalls one performance in his front yard, which resulted in all of the nearby streets being shut down and the whole neighbourhood coming out to enjoy the show. A couple of months after they started performing the band signed a deal with local manager Fred Sinopoli, in part because they were under the age of maturity and needed an adult to accompany them at their gigs. Soon after “we performed at all of the city’s top clubs. Fred was instrumental in our advancement to a higher level of gigs in the downtown of Pittsburgh, for example The Crazy Quilt in Market Square which was one of the top clubs at the time, as well as a local venue named Pinball Wizard”. They also played at a regular battle of the bands at Freedom Park, which was an old drive-in theatre, coming third in their first attempt. However, they also performed at other more adventurous venues, such as at a notorious rock and roll bar named Someplace Else located on a hillside down a hidden track off of the Route 51 highway, where chicken wire was placed between bands and the crowd to stop items from being thrown and hitting performers. Kevin recalls fondly how the audience soon “fell in love with us, and we began to play there two or three times a month, and the club changed soon after to a disco venue”.

On Fred’s encouragement, the band began to dedicate themselves to developing further their original compositions, including their song ‘Dansation’. In 1978, armed with their hard earned savings they decided to club together and jointly pay for the recording and manufacturing of a single at Jeree Studios in New Brighton, thirty miles north-west of Pittsburgh. As Stacy explains, “Jeree was the most popular studio in the area at the time. The engineers were all professional and knowledgeable. As we were all in our early 20’s, the experience was exciting and informative as this was the first time any of us had recorded professionally”. The band were able to take advantage of a service offered by Jeree, whereby the studio would record and press their music on their behalf.

Notably, the A side of their single was originally meant to be a song named ‘Do It’ with ‘Dansation’ on the flip. However, as Stacy explains “when we played ‘Do It’ in the studio, Fred thought the lyrics were too sexually suggestive for the general public and we were asked to play something different. We had been previously working on ‘Steel City Disco’ but never finished it. We finished composing it in the studio where it turned out totally different from its initial conception. We were all proud to create it on the fly”. As Kevin recalls, “I started playing the root fifth and octave, and we said ‘that’s it!’. Then Drew sat down at the grand piano and started messing around with Shaun and Rocco on horns. Michelle started singing along and I laid down the bass and it worked. Stacy then finalised the intro with a flange and some other effects and we had it ready to go. We were in a rush because we were paying $85 an hour for the studio time, money that we had saved up by banking a percentage of our gig fees after every performance, and we pretty much had the track finished in our heads in about forty-five minutes. We had arrived at the studio at 8am that morning, and by 11pm at night the record had been fully recorded and was pretty much finished, with Stacy going back the next day
to finalise the engineering.”

Upon release, the single received airplay on local radio stations in the Pittsburgh area, including on WAMO, the city’s number one R&B station and another station by the name of 13Q. Kevin jokingly recalls how the band would often phone up the stations themselves to request the track, which would then be played to their great amusement. However, sadly soon after Fred started to suffer from health implications, and had to significantly slow down his efforts in promoting the record, and “since none of us were prepared to continue with Fred’s duties, the record was not a success. Jim and I played the recording for an A&R person in New York City but never heard back from him”. Eventually the band decided to part their ways and to pursue their academic goals instead. Nevertheless, as Stacy explains, “most of us are still performing today in some capacity, and remain friends, even playing together occasionally”.

Regardless of the level of success that the record received upon release, it is clear that it has stood the test of time as arguably one of the best privately pressed disco releases ever put to wax, lifting its status from a mere ‘rarity’ to a true grail for many collectors and DJs. It is our honour to finally offer it here officially for the first time once more. 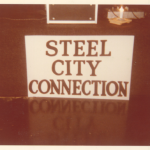 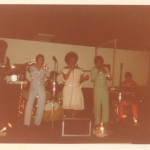 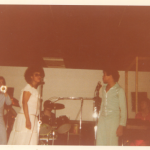 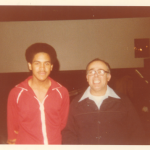 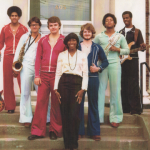 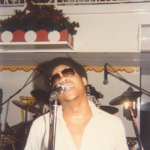