Kalita are proud to unveil the first ever compilation focussing on the phenomenon of ‘Burger Highlife’, a crossover of West African melodies with synthesizers, disco and boogie that took over Ghanaian airwaves during the 1980’s and beyond. Highlighting key recordings from genre-defining artists including Thomas Frempong and George Darko, as well as more obscure sought-after tracks by elusive bands such as Aban and Uncle Joe’s Afri-Beat, Kalita come to the rescue of audiophiles, DJs and music-lovers alike with ‘Borga Revolution!’ Spread over a double-LP housed in a gatefold sleeve. Accompanied by a 16-page booklet featuring extensive interview-based liner notes on each artist and never-before-seen archival photos. 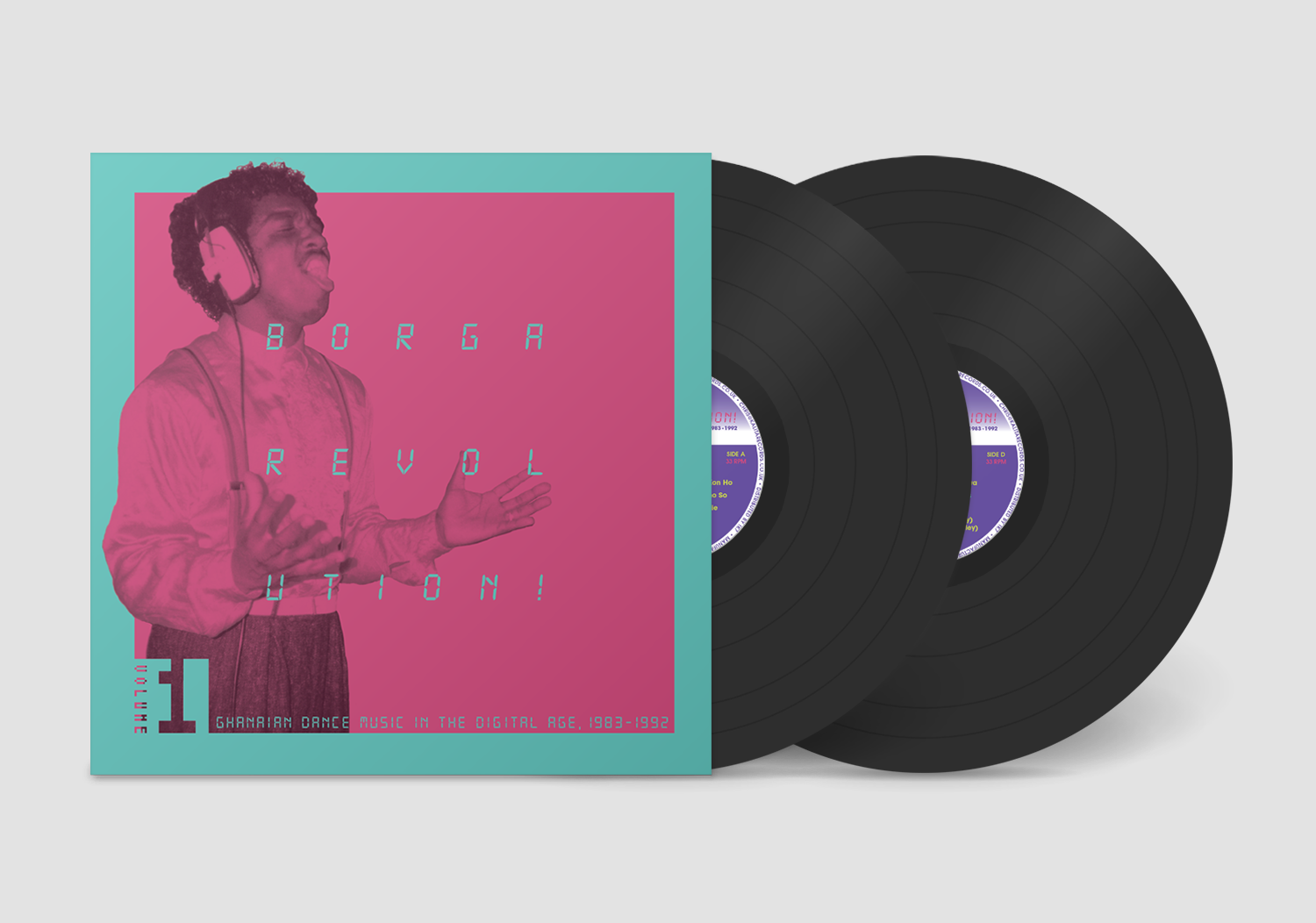 The 1970s had witnessed an increased Western airtime and physical presence in Ghana introducing funk, soul and disco sounds to the region. By the turn of the decade the country was also enduring economic turmoil, with rising poverty, military dictatorships and long periods of enforced curfews (amongst other factors) making it impossible for artists to survive.

As a result, many Ghanaian artists with a broader outlook began to pursue their careers in the West, moving to both Europe and America in search of stardom. It was here that Ghanaian musicians developed a digitised version of highlife music which fully embraced Western contemporary music styles and newly introduced technology such as the DX7 synthesizer and various drum machines.

It is in this context in which the evolution of Ghanaian dance music and the emergence of ‘burger highlife’ was born. With ‘Borga Revolution!’ Kalita endeavour to tell this story, with prominent and lesser-known musicians’ accounts and documentary evidence providing a comprehensive understanding of this shift to the digital age.